Note: The bossmobs at each towersite are upgraded versions of the bosses from the first three APF sectors

Here you find the same Boss as you know from Sector 13.
Master Genesplicer - Cha'Khaz

On the westside there is a new kind of Boss.
Proto-Embalmer

These bounty items can be traded to Clan Liaison or Omni-Tek Observer for 10 Tokens or to Unicorn Bursar for credits. 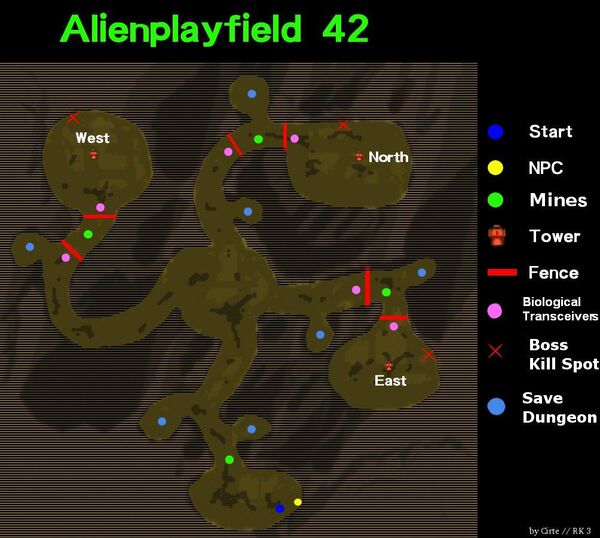 For Spawning and Killing Artillery CommanderEdit

Current thinking is as follows

This sector was first defeated on Saturday the 9th of December 2006 by the Rimor Server, with help from the following people:

Retrieved from "https://anarchyonline.fandom.com/wiki/Sector_42?oldid=18062"
Community content is available under CC-BY-SA unless otherwise noted.