The Den Mantises are partially tightly packed. Especially lower level players should step carefully and/or bring a calmer to the dungeon. A few mantises (e.g. Den Mantis Earthmelder) are capable of casting nanos of about their level, including debuffs on players.

. It's one of bosses in this dungeon and he respawns 25 minutes after he is killed. He usually drops Spirit Focus and Notum Focus, sometimes both, the drop is not 100% so you may have to kill him more than once. Be aware he has a poison DoT (damage over time) nano he uses sometimes. He also drop 2 kinds of meele weapons.

Unless you're level 210+ it's best to not solo this boss.

Map from this dungeon Edit 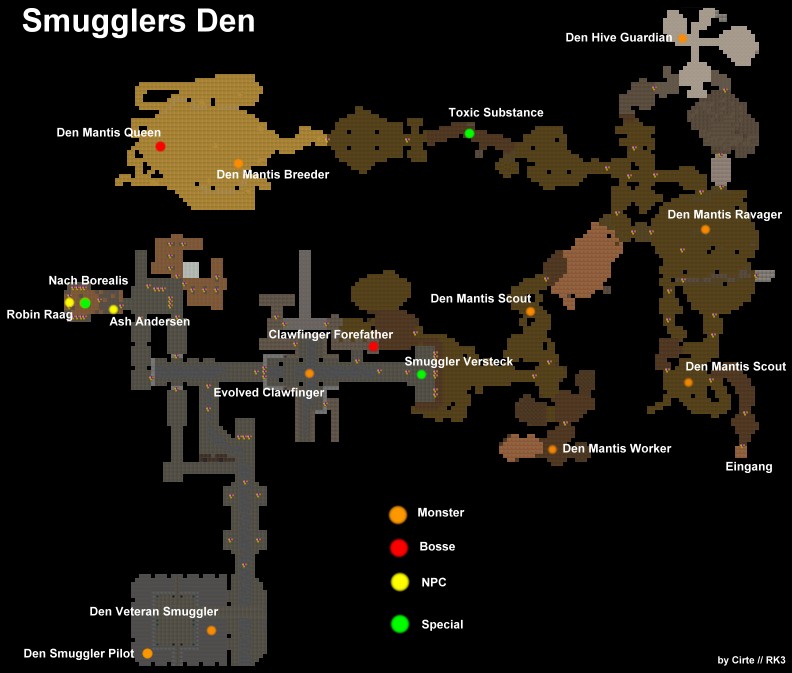 Retrieved from "https://anarchyonline.fandom.com/wiki/Smugglers_Den?oldid=14744"
Community content is available under CC-BY-SA unless otherwise noted.